Eckxstudio design this contemporary architectural transformation for a 2-story 1970’s era-home on a heavily wooded creek lot that long lived in the shadows of the plentiful trees. During the renovation the majority of the home’s exterior was transformed and a new system of shed and gable roofing replaced the outdated and dark hip roofing. The original structure was largely invisible from the street; white Austin limestone accent walls were added to brighten and accentuate the appearance of the home from the street. The limestone is a Texas regional material, and we continued the use of relevant regionalism by using stained cedar siding that now clads parts of the exterior walls. Remaining walls that are not feature or accent walls are clad in neutral-colored stucco.

Interior spaces are renovated and transformed into bright and timeless living areas complete with many new mid-century influenced furnishings. Eckxstudio later designed a complete gut & renovation to the former late 1980’s era kitchen. We modernized the flow of the space and brightened the kitchen for the homeowners who cook often and entertain. One of the homeowners is both a coffee and craft beer enthusiast – the kitchen features a custom coffee bar with adjacent storage cabinetry. Another room, formerly an exterior patio, had previously been enclosed and used as a home pub. We designed a new wall with full custom cabinetry, and a pitched ceiling with a ganged pendant light we designed an even created a full-scale mock-up for the client’s electrician to install the actual light from. 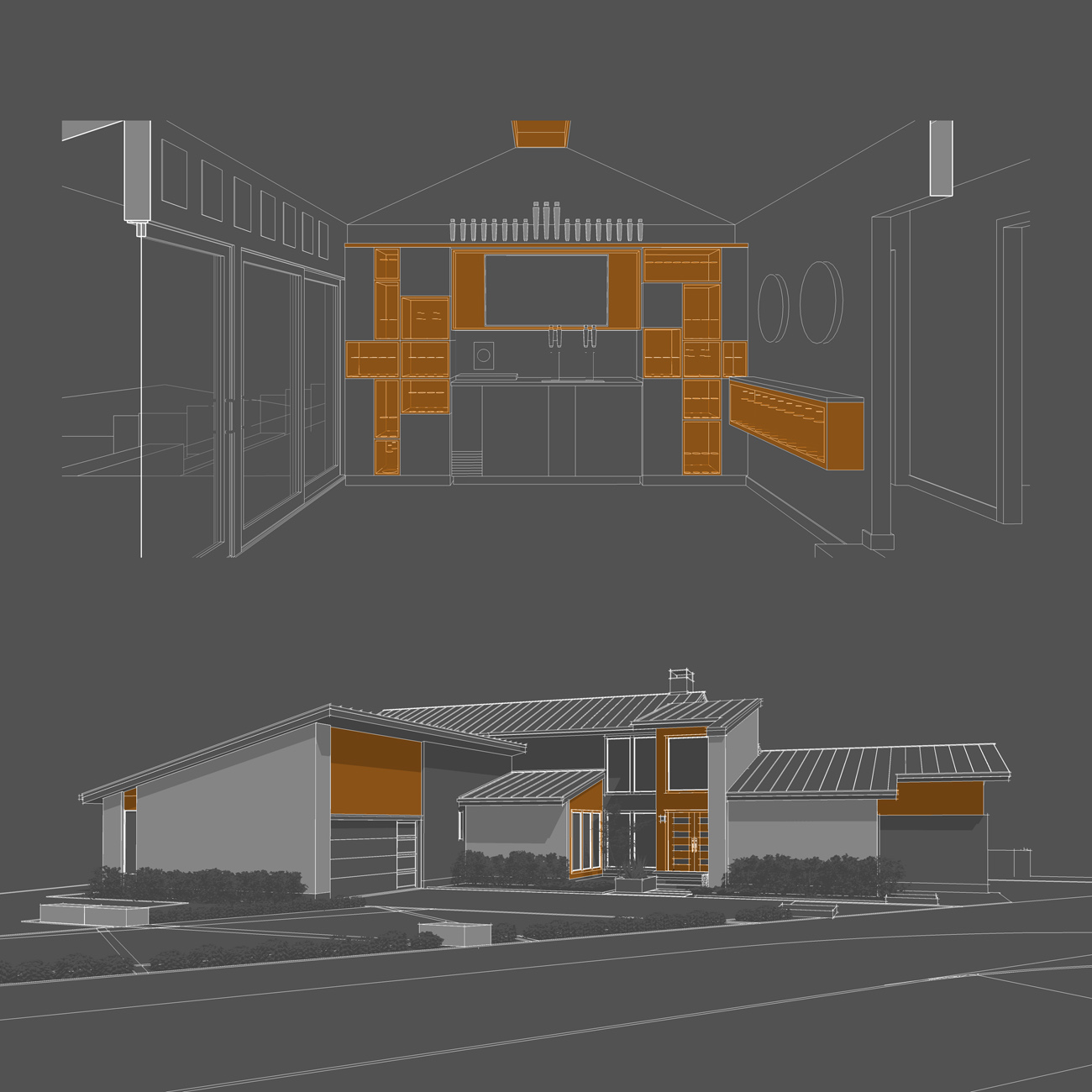 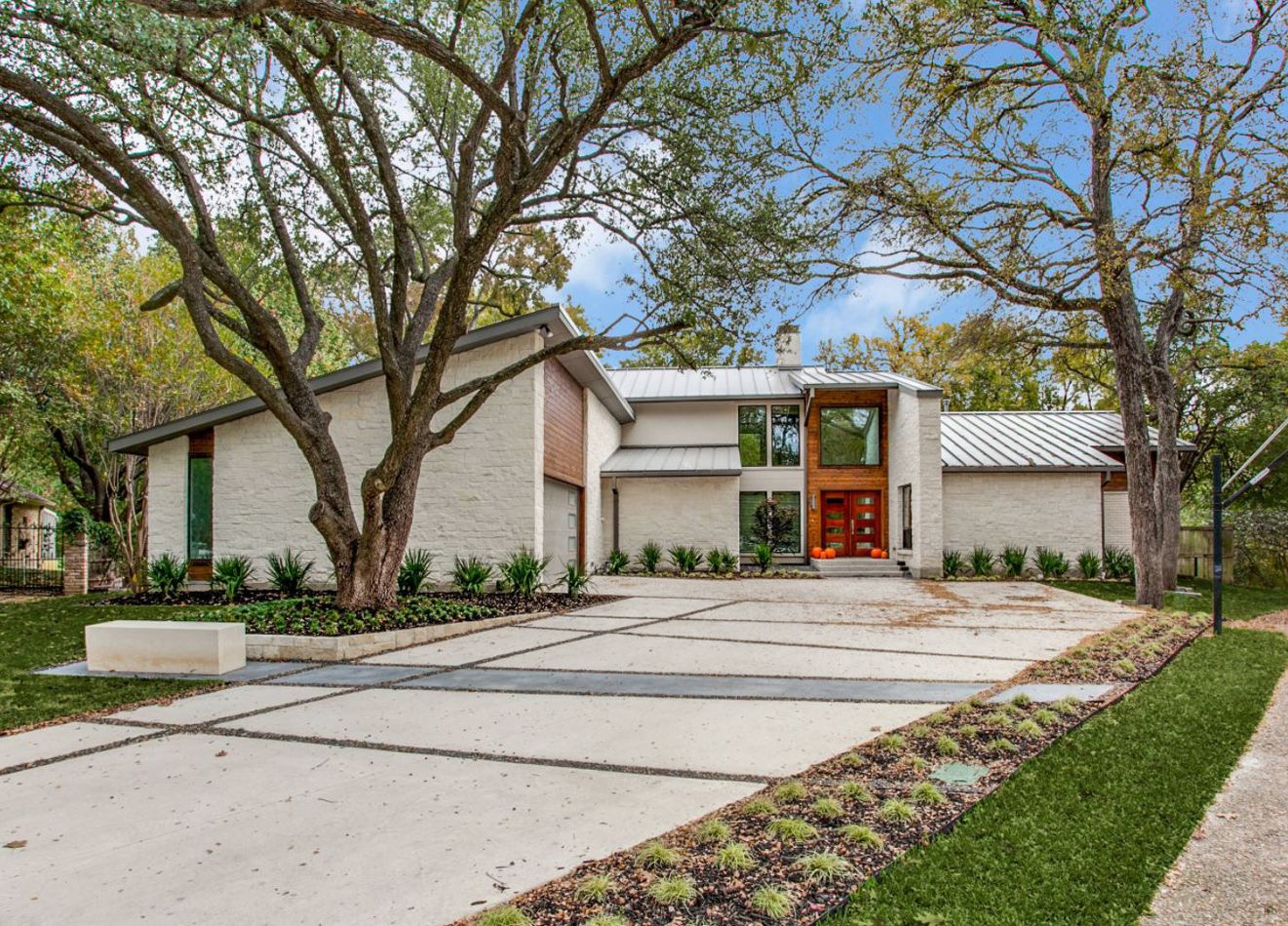 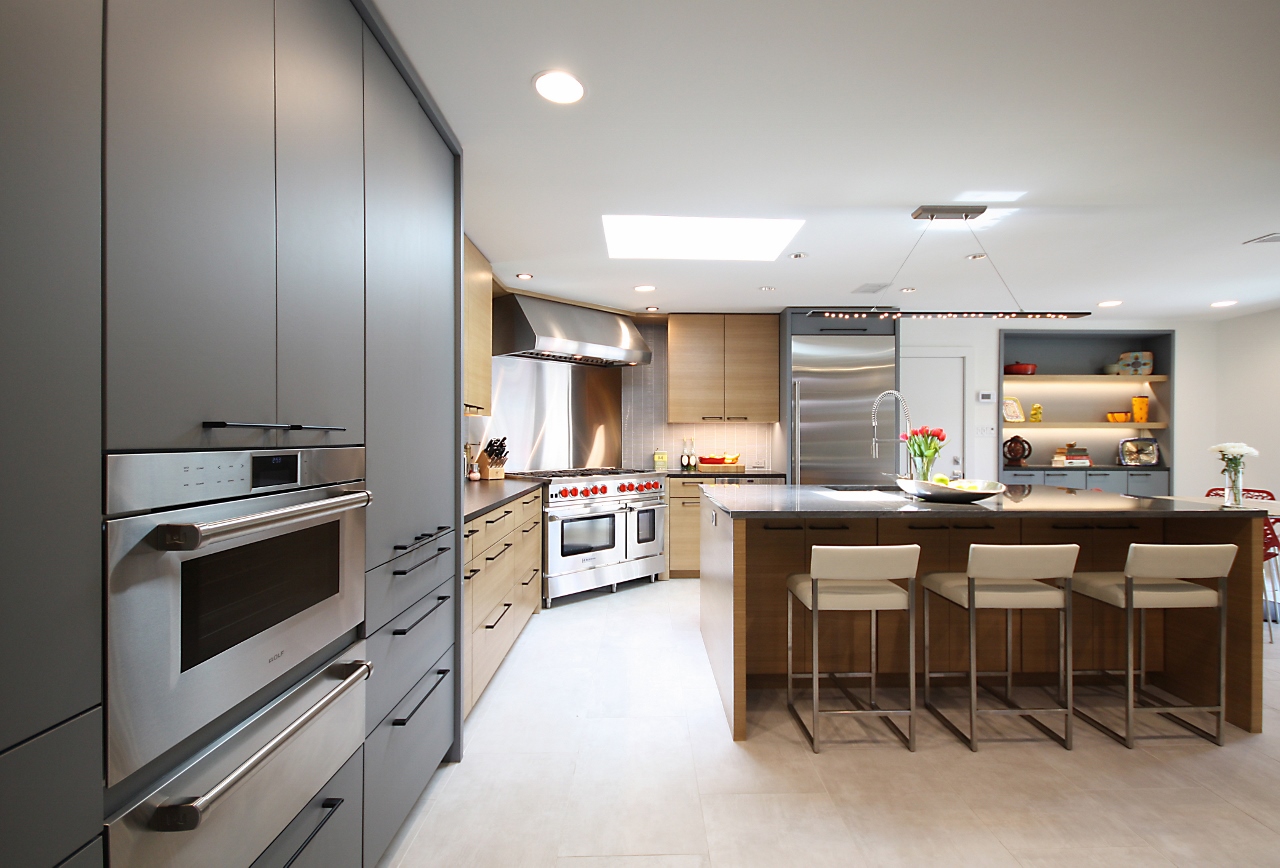 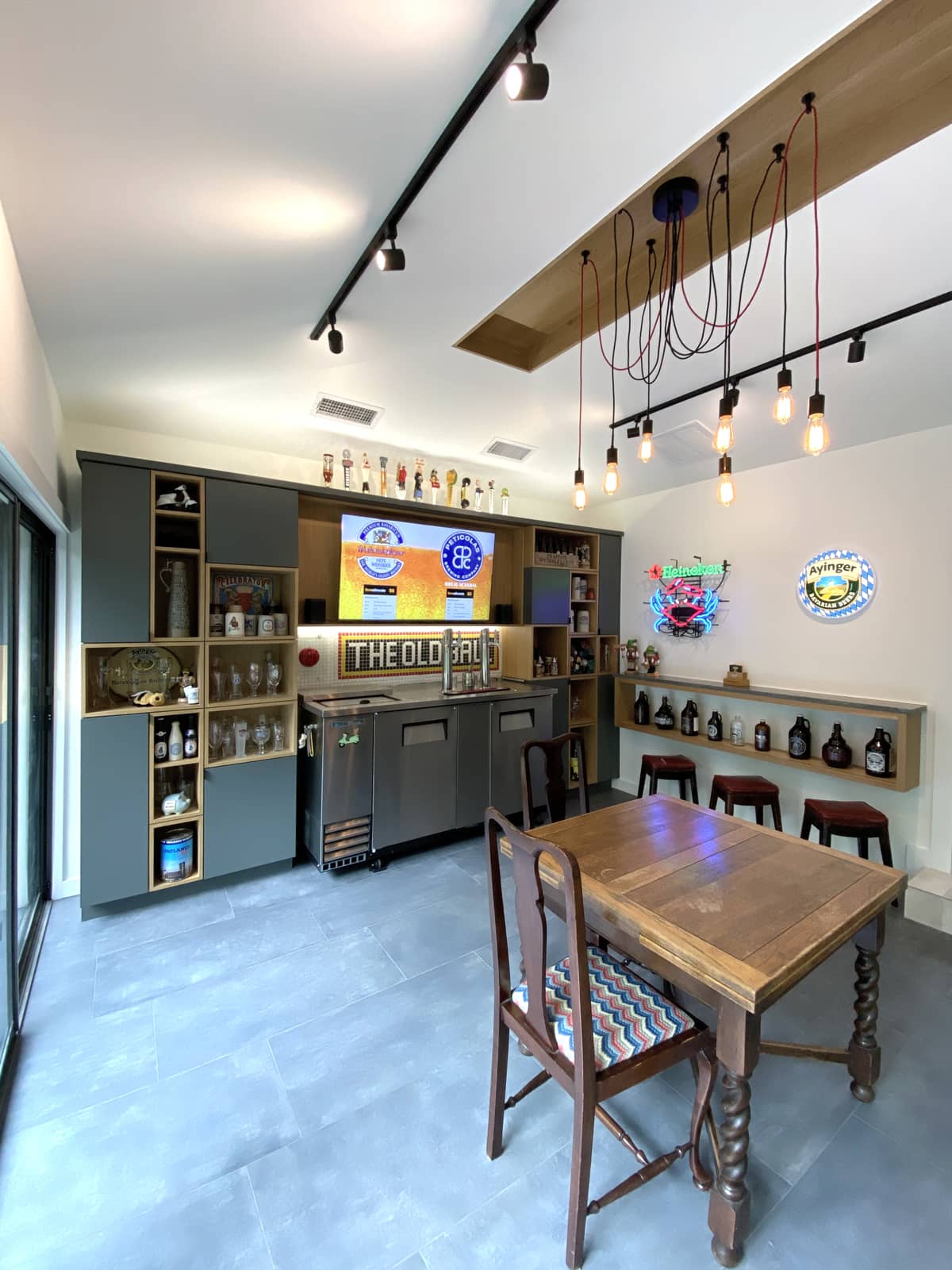 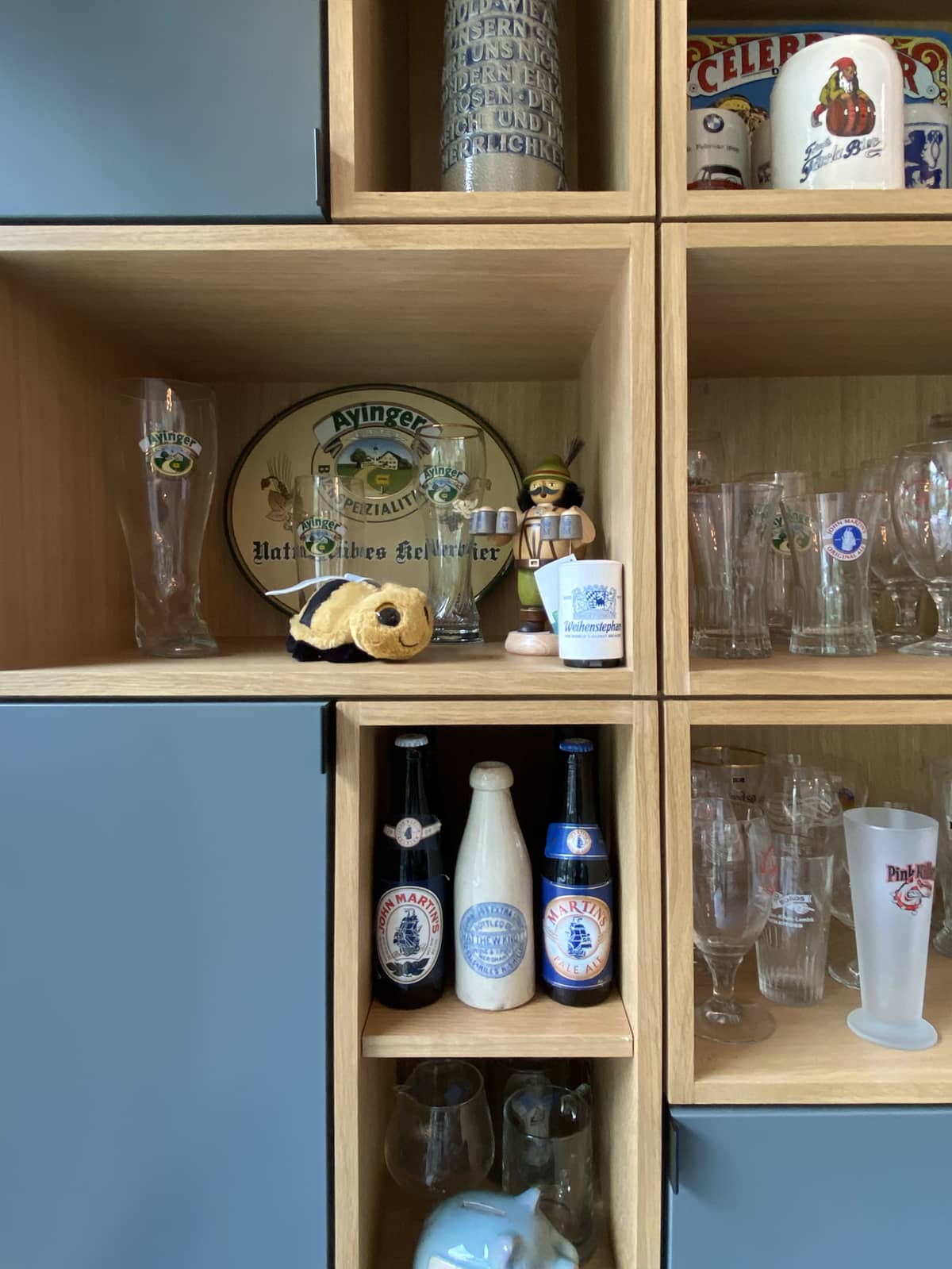